The DreamCloud is a medium firm mattress, with a firmness score of 6 out of 10. This is on the firmer end of the comfort spectrum, which is what the majority of people like.

Because the DreamCloud mattress is 14 inches thick, it may necessitate sheets with deeper pockets than the norm. Individuals who find it difficult to get into or out of a low bed may benefit from this additional thickness. The DreamCloud mattress boasts a thicker comfort system and support layer because of its height, resulting in a mattress that is both supportive and breathable.

Here, we’ll go over everything you need to know about the DreamCloud Mattress, from its materials to its dimensions to its cost to its overall performance to its policies, so you can make an informed decision.

Memory foam, regular foam, and springs are all used in the DreamCloud mattress.

The mattress’ top layer is cushioned with a polyfoam quilted cover. A cashmere blend cover provides a softer feel while still allowing air to flow through the topper. Memory foam that’s been injected with gel helps alleviate pressure spots without trapping too much heat.

As a transition layer material, polyfoam is utilized to provide a firmer feel while also preventing the sleeper from sinking too far into the coils itself. Individually-wrapped springs are used in the coil core. To reduce motion transfer between springs, individual coils can move independently of one another. To help dissipate heat, this layer offers great airflow. The coil structure is supported by a final layer of standard foam.

The DreamCloud is a high-end hybrid at a cheaper price point than the majority of its rivals. If you’re looking for a high-quality mattress at a reasonable price, this is the mattress for you. All six basic sizes of the DreamCloud are available.

Since the DreamCloud has a quilted cover and several inches of memory foam, it is less likely to move about while you sleep. When one of the partners gets up throughout the night, this could assist alleviate sleep difficulties.

Coil springs may lead to some movement transfer despite the two memory foam layers’ ability to isolate motion. Although the coils are designed to minimize the spread of this motion, they will not be able to absorb all of it. Similar to, if not better than most hybrid models in terms of motion isolation.

The medium firmness and multiple layers of memory foam in the DreamCloud provide the perfect amount of contouring and support.

By conforming to the sleeper’s body and dispersing their weight, the two memory foam layers help alleviate pressure points. This can alleviate soreness in the hips and shoulders of those who sleep on their backs.

The DreamCloud mattress has a somewhat harder feel than most memory foam mattresses. Sleeping “on” rather than “in” the bed is more comfortable when this pressure is relieved.

Most hybrid mattresses tend to do well in this category, and the DreamCloud Mattress is no exception.

Those with a tendency to sleep hot may benefit from the DreamCloud’s strong temperature regulation.

In order to keep the sleeper cool and comfortable, the DreamCloud’s cover is made of cashmere. Even in the coldest months, cashmere can help keep a person warm while they sleep.

The mattress’s surface is kept cool by a layer of gel-infused memory foam. Heat can be dissipated through the mattress’s coil core as well.

Some hybrid mattresses have thicker reinforced edges than the DreamCloud’s, but it’s still strong enough to let most people use the whole thing.

The DreamCloud Mattress’ sturdy border is a result of the mattress’ thick coil layer and medium firm firmness setting. A rim with a double row of coils of a higher gauge strengthens the edge. In most cases, people who sleep near the edge of a bed don’t sink in much. This could allow them to use the entire mattress surface without fear of rolling off. As a result, it may be easier to get in and out of bed if the perimeter is secure enough for most people to sit comfortably on the edge.

Most people will find the DreamCloud’s edge to be stable enough, but there are some who may find it lacking in support. People who weigh more than 230 pounds are especially susceptible to this.

The DreamCloud’s substantial coil layer provides plenty of bounce for sex, making it a popular choice for couples. Compared to other hybrids on the market, the DreamCloud may be more sexually appealing.

Even though the DreamCloud’s memory foam comfort layers hug the body close enough to provide some traction, movement is not severely restricted by them. The DreamCloud is also quiet, allowing for a more private sex session.

While most new mattresses have an initial odor upon delivery, the DreamCloud Mattress is no exception.

Volatile organic compounds (VOCs) released during the manufacturing process make synthetic foams particularly prone to off-gassing odors. VOCs don’t have a chance to dissipate until the mattress is unpacked when it ships compressed. These odors aren’t considered harmful by most people.

If the mattress is kept in a well-ventilated area, off-gassing odors are likely to dissipate quickly. The smell of a new mattress can be reduced by allowing it to air out for a few days before use. This procedure can take anywhere from a few minutes to a few days to complete.

Sleeping position and body weight can have a significant impact on the performance of a mattress. As a result of its adaptability to a wide range of sleepers, the DreamCloud is ideal for couples of all shapes and sizes.

Most side sleepers can benefit from the DreamCloud’s memory foam comfort layers.

If you’re a side sleeper who weighs more than 130 pounds, you’re likely to get a good mix of contouring and support. In order to experience as much cradling and pressure relief, side sleepers under 130 pounds may not be able to sink in all the way.

Most back sleepers will not be able to sink too deeply into the DreamCloud due to its medium firmness and thick coil core. This can help back sleepers get the level of support they need to keep their spine in the correct position.

To keep their spines properly aligned while they sleep on their backs, back sleepers of all shapes and sizes can expect adequate support.

A stomach sleeper’s midsection won’t sink in too far because of the DreamCloud’s firm support. This helps all weight groups maintain better spinal alignment.

DreamCloud’s memory foam layers conform to the sleeper, but the medium firmness of the mattress pushes back on the midsection. ‘ As a result, the mattress provides a more stable platform for proper spinal alignment than standard memory foam models.

The DreamCloud Mattress is likely to be supportive enough for stomach sleepers of all sizes, reducing spinal strain from too much sinkage.

Within the 48 contiguous states, DreamCloud Mattresses are completely free to be delivered. There is a $150 shipping fee for Alaska and Hawaii deliveries.

In most cases, you’ll receive your mattress in two to three days after ordering. FedEx delivers them rolled, vacuum-sealed, and boxed. The buyer is responsible for moving the mattress, unpacking it, and setting it up with standard delivery.

White Glove Service is available for an additional $149 fee from DreamCloud. This includes the installation of a new mattress, as well as the removal of an old mattress. Typically, this service comes with a $20 mattress removal fee as well.

A 365-night risk-free trial period is offered with each DreamCloud mattress. After the mattress is delivered, a 30-day trial period begins so that sleepers can adjust. You can get a full refund of your money if you return your mattress during the trial period. The mattress can either be donated or disposed of by DreamCloud, who will work with the customer to make this happen.

A lifetime warranty is included with every DreamCloud Mattress purchase. If the original owner of the mattress purchased their mattress from an authorized seller, they are eligible for this warranty. Physical flaws that lead to foam degradation or splitting, as well as cover manufacturing defects, are all examples of defects that are covered under the warranty. All of these conditions must be met in order for a mattress to be covered by this warranty.

It is DreamCloud’s policy to replace defective mattresses for the first ten years of the warranty period. DreamCloud has the option to repair or replace the mattress after ten years. If DreamCloud finds a qualifying defect, the customer is responsible for the shipping costs.

Is DreamCloud a soft or firm mattress?

Although the DreamCloud Mattress is a luxury hybrid, it costs less than most other luxury hybrids. The DreamCloud is a medium firm mattress, with a firmness score of 6 out of 10. Generally speaking, most people prefer something between this and a medium firmness, but this is on the firmer end of the spectrum.

Is DreamCloud mattress sold in stores?

Is DreamCloud Made in USA?

To ensure the best possible quality, DreamCloud is manufactured right here in the United States. It also complies with all industry standards and has all the leading certifications.

Can you sleep on DreamCloud right away?

Once the mattress is opened, it can take 72 hours for the 15-inch thickness of your mattress to fully expand. After being vacuum-sealed, the multiple layers of foam and pocket coils need time to expand because they were compressed to over 15,000 pounds per square inch of pressure.

Is DreamCloud the same as Nectar?

Nectar and DreamCloud are both online direct-to-consumer mattress retailers; the primary distinction is that DreamCloud Premier employs a hybrid of springs and foam, whereas Nectar is entirely made of foam. Despite the fact that both mattresses are reasonably priced for their respective designs, the Nectar is the less expensive of the two. 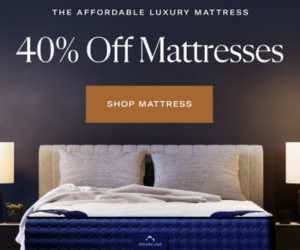